This is (our) submission to the Weekly Game Jam week 92. "One Direction" theme.

You control a rocket, that can only fly in ONE direction! try to get to mars without getting hit by asteroids! you can spend extra fuel to speed up the rocket through out the flight! tap space bar every time you want to speed up!

There is a fair bit of luck (not by design) in this game, just a draw back of designing the game in a few minutes and never looking back!

This is our first game jam, and it was a lot of fun! be sure to leave lots of feedback for myself (programmer), our artist, our musician, and our designer!

Can you make me admit to the game please? I wrote the music. Thanks!

Really liked the simplicity of the gameplay while still being pretty challenging. Cool low-poly models, music, particles flying at the camera.

Cleaner UI would go a long way -- right now it's pretty cluttered. There's two separate fonts being used and four different text colors. The fuel bar seems a bit janky -- sometimes it shows that you still have fuel yet you can't speed up. Having the "tutorial" info always in the corner is definitely adding to the clutter. You could have it open a panel that tells the player all that information, and add in a button for if they want to read it again.

A sound effect for the ship speeding up would be neat, since it's the primary mechanic. Could also make the "thrust" particle effect do a burst when you speed up.

Maybe have sounds indicating that your fuel is low or below a certain threshold?

Also I think there were a couple times where I ran into the red line and not the asteroid -- colliders might be a little misleading?

Super simple controls which made it entirely frustrating to not win! Really enjoyed the background music. Awesome work.

Couldn't make it past level 9 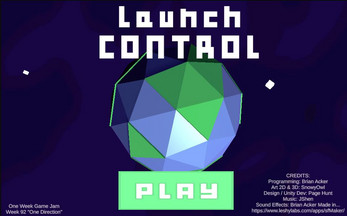 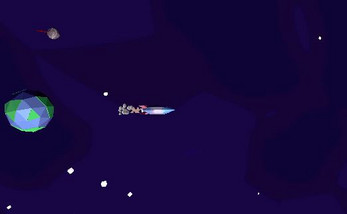 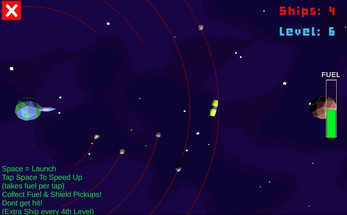 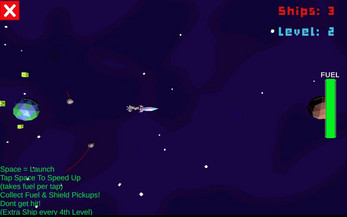